B-Fest 2012: The Fest That Dropped Its Ice Cream On The Yeti And Put It's Weight On It Thought You'd Be Bigger 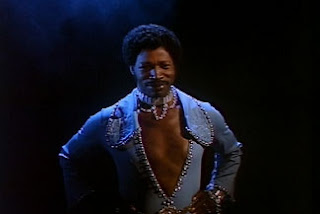 Well thanks to massive ecological devastation I can't start my b-fest recap with a remark about the blistering cold as it was downright tepid when I arrived. I can however talk about how good it was to see friends old and new, the BMMBers, the locals, the friends of friends, the lovers, the dreamers, and me. But I'm losing track of the thread here so onward.

After the traditional Thursday night tipping back of Tiki drinks at Hala Kahiki we retired to watch the horrifying, and not in a good way, Howling II: Your Sister is a Werewolf, and took a moment of silence for Sir Christopher Lee's dignity. We parted in good spirits and looked forward to tomorrow.

After a wonderful morning gawking at the wonders in the Field Museum we dutifully made our way to the Norris Auditorium on Northwestern's campus and settled in for cinematic wonders of another sort. The lights dimmed and first up was...

Best of the Best, 80s action nonsense is my anti-drug, and I'm particularly fond of the low rent entries that came late in the decade as the cycle coughed itself out.

Symptomatic of the off kilter feel that characterizes a b-fest flick the Commies have taken a hike so it's US vs. South Korea in a Tae Kwan Do match between a rag tag group of misfits and a team, or in the James Earl Jonsian, TEEEEAM, of seasoned professionals who should be able to kill them just by looking in their general direction.

Eric Roberts and his magnificent of head of hair are on hand to cry a lot, ice cream cones are ruined and redeemed, and James Earl Jones is able to get a nice new extension on his summer house. A terrific start to the evening.

The Astro Zombies, Ted V. Mikel's anti-classic clumsily attempts to combine the police procedural with the mad scientist flick. What the means is a lot, no a lot, still not there, more, yep, that many, shots of clocks, test tubes, and John Carradine attempting to install his stereo. Tura Satana slinks around in some groovy cocktail gowns and nothing happens very slowly. If you must brave this one, don't do it alone. 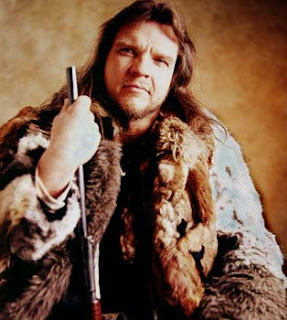 To Catch a Yeti, Terrible 90s kid flicks have yielded some dark horse favorites for the schedule and this is no exception. What could have been just a 10 years too late made for television riff on E.T. with a little girl and a hideous bug eyed puppet standing in for Elliot and an expensive hideous bug eyed puppet is something quite else thanks to some massively bizarre casting and script decisions.

Meat Loaf plays a tracker sent after the Yeti with all the gravitas called for as if he's auditioning for No Country For Old Men. He's after the creature to secure it for a rich brat. Only they've confused "brat" with "multiple murdering sociopath". Filmed in New York City's famed Little Toronto neighborhood it does not wear out its welcome while providing a more than fair portion of "did I just see that?" moments that b-fest requires.

The traditional midnight screening of Plan 9 Nine From Outer Space had the audience flinging paper plates during the UFO flying sequences with gusto and they were cleaned up just in time to see...

Avenging Disco Godfather, My favorite of the offerings and again the apples and Buicks of the tone is key. This a typical cheeky Rudy Ray Moore movie floating on top of a story about drugs destroying a community as bleak and hopeless as anything out of the more serious side of seventies cinema.

Rudy Ray Moore is the Godfather, former cop, current DJ, and soon to be one man take down squad against the angel dust dealer who is poisoning the locals with his product. Moore's wardrobe is a sight to behold and the drug induced hallucinations of the characters are something out of David Lynch directing an episode of Sanford and Sons. Put yo weight on it and watch it if you haven't. 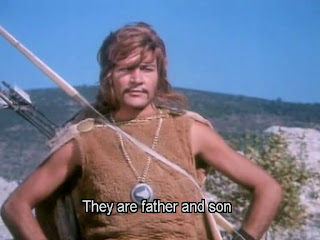 My brain and body where bailing on me so alas I tripped off into slumber during the reportedly amazing two punch of Death Bed: The Bed That Eats and Tarkan vs. The Vikings, thankfully both are on disc. I awoke to be treated to sound of everyone else sleeping their way through...

Mutant Hunt, Most everyone who didn't sleep through this wished they had but I was oddly charmed by it's utter nullity. Someone attempted to do a reworking of The Terminator and Blade Runner, and the fact that they had only ten dollars and no discernible talent in front of or behind the camera did not stop them.

Set in a futuristic dystopia of empty warehouses and ripped leotards an elite squad of non actors most go after rogue, grossly melting cyborgs. Which they do by standing aside bemusedly while the cyborg kills its latest target. Not much else to stay, only that it comes that near future where there are off world colonies but phones still have cords on them.

Sleep and a walk on the beautiful shore of Lake Michigan claimed me during Guru the Mad Monk and the already seen at a previous fest The Brain From Planet Arous but I made sure to make it back in time to see... 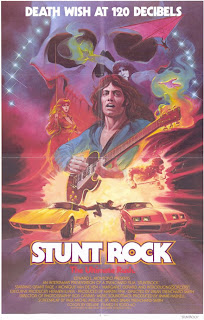 Stunt Rock, A fascinating concoction highlighting the insane feats of Australian stunt man Grant Page. there's a bare handful of story about him traveling to the U.S. to be a stuntman on a TV show but the movie firmly avoids engaging much with it at all and instead had the actors talk about his most dangerous stuns and play set footage of them.

For no clear reason the film decides the best partner for this is a MOR rock group who distinguish themselves with an on stage act involving two magicians dressed as Merlin and the Prince of Darkness hurling fireballs at each other. And again, no plot ever touches these scenes either. It makes for something appealing and would be a good disc to spin in the back ground of a party.


Road House, This had become a cult favorite in recent years and with good reason. Lean mean bouncer machine Patrick Swayze rolls into Jasper, Missouri and sets his sights on cleaning up the Double Deuce, the roughest dive in town. He brings zen koans and shattered knee caps to the people oppressed under the thumb of evil town owner Ben Gazzara. Before long the Deuce is oozing neon tubing, he's bedded the comely town doctor, and Sam Elliot has wandered in needing a paycheck like any of us poor mortals. Remember pain don't hurt, and laughter is the best medicine anyway, so belly up to the bar for a glassful.

And with that the audience fought back against the leaden Werewolf in Girls' Dormitory, the inept The Galaxy Invader, and closed things out with the solid It Came From Beneath the Sea.

And then the lights came up and we blinked in that mixture of sadness and relief that it was over. And as we cleaned up the place we started to formulate our plans as to how we'll all find our way back in here in 2013. Because sure as Rudy Ray Moore hates Aunt Betty, we will.