"This is how memory works, especially in late winter. The cohesive story we tell ourselves falls away and all that remains is an image here, a remembered word there. We forget what the address of the old apartment was, but we remember he loved the orange kind of Milano cookies best."


"Full frontal shots aren't going to make comic book movies grow up or be more palatable to audiences in telling the exact same origin story. Things will be better when R-rated blockbusters remember their roots and stop being afraid of women, sex, and consequences." 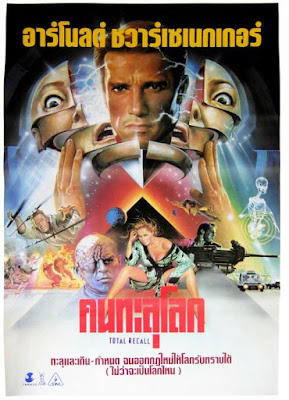 "It's a film resistant to pinning down, slippery and sensuous as water in its images. But its text is a thrilling, numinous reading of how the choices we make, and paths we don't go down, can literally haunt us as specters of lives not lived."

"The woman had blonde hair. Her mouth was forever frozen into a scream of complete terror. I hated this illustration. But I kept turning back to the page to look at it. The book was from the seventies. She had been screaming for decades in vain. That scared me the most."

"And so it was that a company that had films like "Missing in Action 3" and "America 3000" on its slate also had this beguiling, elliptically told Nicholas Roeg film about what happens when two Westerners try to engineer a private paradise."

"In the film's opening, she leads a chorus line in a terrible musical. She puts her back into it, smiling like she's trying to punch you with her teeth, grimly stomping through the choreography like she doesn't notice the audience rapidly leaving for the exits."

"After getting the Superman franchise the only way Cannon could lure Reeve back for one more go at the role was agree to make a project he'd been trying to do for some time. And so the cost of one of the dumbest comic book films ever made was one the smartest, toughest films of the decade that has since fallen into undeserved obscurity." 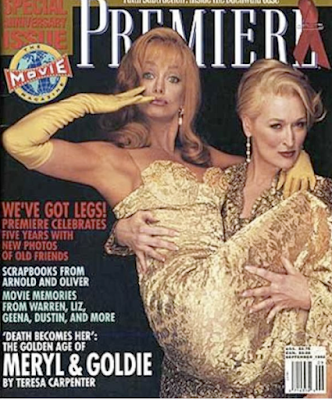 "Corman sympathizes with the youthful impulse to rebel, but he's also keenly perceptive about what happens when rebels age into their 30s, and the growing pains, in work and in love, are more acutely felt."

"Arguing online that art is not a zero sum game, one that requires the total annihilation of what came before, is akin to spitting into the wind - but that doesn't make it any less true."

"Coming after the historical epic "Empire of the Sun" and rollicking sequel "Indiana Jones and the Last Crusade," it was met with the chilly reception of "too sappy" and "too girly," and in the years since it's barely earned more than scorn that the architect of "Jaws" and "Jurassic Park" made a chick flick. Which is unfortunate to say the least, because it's a beautiful, sensitive film about grief and work, centered on one of Spielberg's few female leads."

"The film is beautiful, shot in autumnal colors; brass, deep reds and the glow of sunsets. The entire film looks like a story being told by a flickering fire: how it was, and how it may be again."

"In a culture obsessed with youth Bridges brings real depth to his old men. They've seen too much, and that has made them wary. But they are still capable of tenderness. Life's cruelties have not burned out the great well of humanity behind the gruff facade."

"In a multiple-year slump of diminishing returns, this summer’s crop of blockbusters included some of the most exhausted, sound-and-fury-signifying-nothing films yet."

"The film builds a motif of politics as canny stage management. It’s about carefully pulling the side table over the grease stain on the carpet so the guests won’t see it, or dropping, with passive-aggressive cool, a most unfortunate story that someone told you about the neighbors."

"November is a bleak month. The skies are gray and heavy. It's when the splendor of fall decays into the dying of winter. It's a time for the end of the world. And in the shadow of a shattering election, it feels like we are witnessing the end of an old order."

"As we were about to reach the museum steps the weather turned in that sudden way late fall has and we were nearly taken off our feet by a gust of wind. It darkened the clouds and the slivers of blue sky faded to a dull bronze. And then the Fear came again."

"We need this comedy more than ever, its wit and madcap slapstick serving a script and performances that still have plenty to say about sexism, class, and office politics."

"Here was a princess whose first remark to a would-be rescuer is a disparaging crack about his height. She rolls her eyes at the two men who clearly have no plan for getting her safely off the floating prison she’s being held on, so she grabs a gun and starts blasting at the guards who are attacking them herself. She’s brassy, she’s quick to make clear she’s in charge and she doesn’t much care what anyone, hero or villain, thinks of her."

"And then 2016 happened, and smarting in the aftermath of November 8th it felt very much like everyone who hated Finn (Boyega) and Rey (Ridley) had their revenge. And their revenge was terrible and total. It was the fury of those who never had to ask for a place at the table enraged at the suggestion they put in a leaf to make room for more. It was the petty, ugly temper tantrum that breaks the toy rather than share it with anyone else. It was racism and misogyny standing on top of the pile of ruble and baying well into the night." 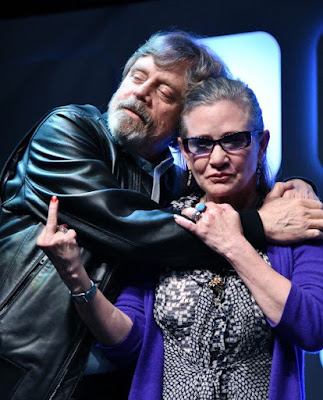