Curse of the Bookish Werewolves of the Black Museum: The Musical! 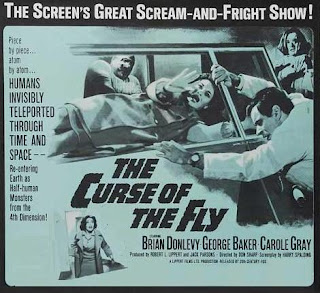 Book rec, Ex Libris by Anne Fadiman. Speaking the secret language of bibliophiles with a warm funny voice this is one of the best essay collections I've read in ages. I'm jittery as an addict to read the rest of her oeuvre.

The Werewolf, the fifties had a cycle of classic monster movies that presented them in modern terms with "scientific" causes for their monstrosities instead of the old gothics' curses and legends. A quite good and unjustly forgotten spin on lycanthropy with what has to be the most sympathetic protagonist in fifties horror. As the hapless werewolf in question happens to be a devoted husband and father with the misfortune to have crashed his car outside the local mad scientist's place.

The scientist is looking to help humanity by regressing us to a more primitive state, as you do, resulting in this very nice gentlemen spending the rest of the picture stumbling around the woods and village of a charming ski country town getting shot at. In a rather neat casting touch the heroic sheriff is played by Don Megowan, who played The Gill Man in The Creature Walks Among Us.

Curse of the Fly, The second sequel to The Fly and much more interested in being a variation on Gaslight and Rebecca than a straight mad science picture. Also important for revealing that Cronenberg studied this one particularly carefully, from the surprisingly grotesque teleport accidents to the doomed romance between the two leads.

The Mad Executioners, Krimi and I definitely need to become better friends. During the fifties and sixties a hooded killer rush happened in West German movies with dozens and dozens of delightfully oddball crime thrillers, usually based on the words of British author Edgar Wallace, tumbling out.

Featuring Byzantine plots, no really, I'm not kidding, think the red herring turns out not be the killer but only because he was committing another murder at the time at the instigation of such and such who is actually the world famous criminal mastermind so and so currently in hiding in a mansion that has a secret passageway a gang of smugglers.... well, you get the idea.

This time around a cabal of self appointed judges are holding trials for killers who escaped justice in the legal system and carrying out the sentence via a rope that is stolen every time from London's Black Museum (you think after a while they'd just stop putting it on display). That is only the very tip of the iceberg of what happens and the rest is a very fun, very convoluted road to figuring out who done it and just what in the blazes the secret trials have in connection with a rash of beheadings (don't ask.)

"Smash" season finale, Couldn't resist one last hatewatch for the road. The touch of having the title card be fully lit up with the strains of the overture starting was a really nice, just imagine if the show had actually earned it. The finale made clear that to its credit, the show is aware of it's problems. But also that it has no intention, or ability to fix them. I will be looking forward to the articles writing up just how abysmal the promised pregnancy subplot is going to turn out to be. 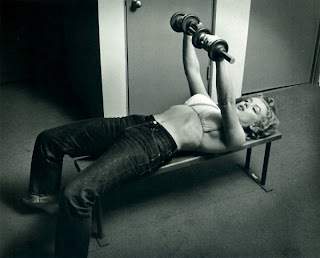