"That's *what* I've got.": The Hawksian pleasures of The Avengers 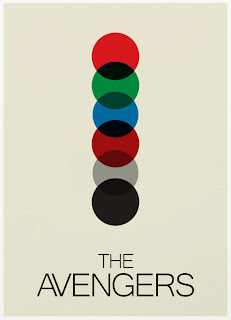 An online comment solidified why I liked The Avengers as much as I did; in tone and performances it felt nothing so much as what would happen if Howard Hawks had decided to helm a superhero movie. The film seems to revolve around critic David Thomson's great observation that Hawks seemed to understand like few directors that "[People] are more expressive rolling a cigarette than saving the world." While definitely a corporate created attempt to make a great deal of money the director and co-writer Joss Whedon approaches the material without the slightest bit of condescension, and neither does his cast.

Where too many of the characters' stand alone movies felt like warm up acts, here they are relaxed and droll in their roles, and given room to shape and shade their performances with an embarrassment of one liners that feel organic instead of too precious as can happen with Whedon's dialogue. These are superheroes, literal gods in some cases, but for once they feel like people.

It's a genuine ensemble piece. But perhaps the most Hawks touch is the revitalization of Scarlet Johansson as Black Widow. Little more than leather clad eye candy in her first appearance, here's she's tough, wounded, and warily tender. Revealing a monologue's worth of information in closeups of her thinking and carefully watching the others. She's a complex woman who's rediscovered her humanity and isn't entirely comfortable with that. 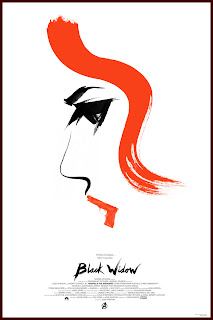 Mark Ruffalo gets a screen treatment of The Hulk that's finally more interested in Dr. Banner and rewards it with a performance that is much more interesting than his rampaging alter ego. Rather mordantly funny than drowning in self pity, his performance suggests his continued survival has hinged at his observing that his intolerable circumstances are also kinda hilarious.

They are believably a team and a wobbly first act gels to something wonderful, watching these people talk to and tease each other and come to trust and work together. With a core group that strong the villain could be an afterthought, but Tom Hiddleston is a lethal, bitchy delight at Loki. His barbs and seething resentment as his own ridiculousness making him no less dangerous.

Finally going back to the comment that started it all filmmaker Brandon David Wilson said, "If Avengers fails in visual style I imagine we have to take the oeuvre of Howard Hawks and toss it on the ash heap as well." But the look of the film has that key Hawks ingredient of making the effort not show. The film's colors are bright and beautiful, the action sequences clear and expertly edited.

So it may not be the visual feast of Del Toro's Hellboy movies, but it rewards the viewer's attention with one of the warmest, funniest adventure movies in ages.
Posted by Jessica R. at 7:33 PM

Nice review, Jessica. I agree 100 percent. Best still, Whedon clamps down on his relentless jokeyness in favor of humor that's specific to the characters. The best lines in the film could only be spoken by the characters who says them, and are so specific to their circumstances that they can't be removed from the film and quoted out of context without losing all of their punch. That's really good writing.

Jessica R. said...
This comment has been removed by the author.
9:52 PM

Exactly. One of my favorite examples of that, and how Chris Evans is one of the most subtle scene stealers, is Cap's relieved and happy, "I got that one! I know what that was in reference too!" When someone makes a reference to The Wizard of Oz